I have stuff to say, but it's stupid and random funny stuff, what about you?

Q: Ok 3 black, asian, and mexican guys where in a car, whos driving?
A: The SWAT team 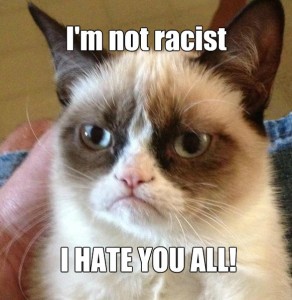